Is it Legal to Own a Still in Michigan ?

Simple answer is Yes it is legal to own a still as log as your not producing Moonshine with it. This is because there is no specific prohibition against possessing a still.  The statutes are directed at alcohol production without a license.  A still that is not shown to be producing alcohol is not illegal in Michigan.

The Penalty can really vary depending on the situation. Here is what the Law says 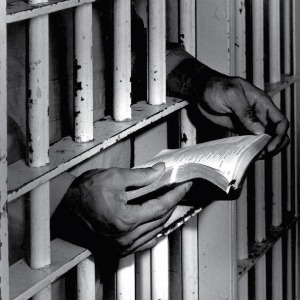 I’ve posted several cases where people have been arrested for the production of Moonshine in Michigan. Best to read over these to get an idea of the Penalties involved.

Will These Law’s Change Any Time Soon in Michigan?

I found this article that says they might just change in the future.

The smell of cooked corn floods the storefront as a man and his dog enter. The door is a part of a glass wall that separates the legally defined areas of manufacture and retail. On one side all kinds of things are for sale, from T-shirts to glasses. On the other sit several large stainless steel tanks – and a prominently displayed alcohol still.

“I owned a gun store before, and this had much more ‘red tape’ in order to get into,” said Jon Dyer, owner of Ugly Dog Distillery in Chelsea.

Dyer and his dog, Ruger, have been making vodka and rum commercially with Michigan ingredients since 2009. Ruger helps as the mascot of the brand, his face on the label of every bottle made. Each run of liquor is made in the tradition of the early American moonshiner, one small batch at a time. The still used at Ugly Dog is one that Dyer designed and constructed.

Ugly Dog is licensed by both the State of Michigan and the federal government. That was not the case when Dyer was just learning how to distill alcohol at home as a hobby – in defiance of the state and federal liquor laws.

But it is not the making of alcohol that the law has an issue with when it comes to Dyer, or anyone else practicing without a license. It is the act of distilling.

Thanks to popular television shows such as “Moonshiners” on the Discovery Channel, Dyer is not the only one thinking about the business of booze or home-distilling. The craft-distilling movement is alive and well with many different aspects other than the traditional moonshiner.

Distilling without a permit from both the federal government and the state remains illegal, as it has been since 1791 when distilled spirits started to be taxed in order to pay for the national debt brought on by the American Revolutionary War.

Many cases of unscrupulous individuals looking to make a quick buck by way of black-market booze have used unhealthy or toxic chemicals in alcohol distilling. Lead has long been a notorious component of the backwoods still, as have plastics. Bleach and other undesirable chemicals have also been discovered in illegal alcohol.

Another issue that keeps home distillers outlaws is the safety of the equipment used. The thought of a still blowing up is just as common as the idea that one can go blind from drinking homemade booze.

With the advent of the Internet, those interested in the true craft of distilling got a chance to communicate. Many resources are readily available online and those looking to fully understand the art and see the full potential of distilling on a small, noncommercial scale can communicate with others from around the world.

But the social stigma remains when it comes to the home distiller and times are changing.

The idea of an old man in the woods with a gray beard and corn cob pipe, clad in denim overalls with his cobbled together copper still is an anachronism. Now the image of many distillers is one of a business-minded, health-conscious and educated individual in a suit with sophisticated equipment working in a dedicated environment and creating some of the best alcohol ever.

The old gray-beard still exists, but he is vastly outnumbered by the modern-day home-craft distillers.

The supplies needed in order to distill at home are readily available, both locally and via the Internet. Just because stores have the equipment, don’t expect them to teach you how to make anything illegal. Asking questions about distilling alcohol in a brew shop is received in much the same way as asking about marijuana in a smoke shop.

Adventures in Homebrewing on Jackson Road dedicates an entire back corner of the store to equipment and other required specialty supplies for alcohol distillation. Nothing is hidden from view, but at the same time its uses are not advertised. An employee of the store who did not want to be identified by name stated that the store sales are mostly online, but the demand is enough to have the products available on shelves.

Josh Bayne, general manager of Mile Hi Distilling, says the growing interest in distilling is a natural progression from beer and wine hobbies.

“TV shows are good for the hobby” Bayne said.

Mile Hi Distilling is known among those in the modern-day moonshine community as the go-to source online for quality equipment and products. The site operates in the open with nothing to hide. Moonshine and alcohol are referenced on the site and in product descriptions, as are disclaimers to the law.

On the homepage of the site, Mile Hi’s quality, education, the order wait time and warnings of the competitor’s reputation are more emphasized than the law or warnings.

Still waiting for laws to change

The law has begun to relax at the state level on distilling. Focus has shifted to more impactful crimes such as meth production.

States have also started looking into changing of laws to allow the development of business similar to microbrewery and local brands of packaged beer, only on the liquor side of things.

A number of states including California, Indiana, Iowa, Kansas, Michigan, Utah and Washington, have passed legislation reducing the stringent regulations for small distilleries. The laws were a holdover from prohibition.

Missouri has gone the farthest of any state to date, having decriminalized the practice of distilling alcohol for personal use. As of Aug. 28, 2012 it is now completely legal, as far as the state is concerned, for an individual 21 years and older to distill up to 100 gallons of alcohol with no permit.

According to the Alcohol and Tobacco Tax Trade Bureau website, the federal government still sees the practice of distilling without a permit as illegal.

A common misconception is that distilling alcohol makes alcohol. Distilling does not make any alcohol; the method simply is separating different components of a mixture. Any alcohol that is received from distilling is made during fermentation, a step in the process that takes place before distilling.

2 Responses to "Is It Illegal To Make Moonshine In Michigan ?"