Private Distilling in Oregon! Is It Legal

Many states will grant licenses to “craft 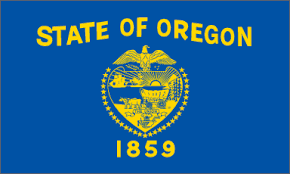 distillers” who wish to make moonshine for their own private consumption.

However, even in states like Oregon, you will not be granted the required licenses to legally operate a still without first obtaining permits and licenses from the federal government.

These licenses also come attached to special federal occupational taxes, including a mandatory $500 per year for any distiller making less than $500,000 that year.

So if you only plan on drinking your moonshine profits, this boozy hobby starts to look pretty expensive.

Below is an interesting article I found about What’s going on with the Legal side of Moonshining in Oregon.

Moonshine in the 21st Century

PORTLAND, Ore. – When we think of prohibition-era moonshine, the terms “backwoods stills,” “knock you off your feet,” and “rot-gut” come to mind because of the cheap bootleg products made illegally during prohibition.

Unoaked Rye Whiskey and Unaoked Oat Whiskey, Stone Barn Brandyworks
“Modern White Dog Whiskey is so much better than illegal Moonshine because
it has to be, and we have the tools and knowledge to make it better – starting
with a clean and orderly facility, free of bacterial contamination,” says Christian
Krogstad, Co-owner/Founder House Spirits. Clark McCool, Director of Winery and Distillery Operations at McMenamins adds, “We released our White Owl from CPR to start the conversation about our Whiskey program and because it tastes good as a stand – alone spirit.

We bottle it right out of the still to preserve the fresh aromas of wheat and barley malts. Unaltered by aging in oak barrels, White Owl Whiskey retains a crystal clarity that belies the intensity of its flavor, and at 98.6 proof it is sure to warm your bones.”

“Going legit means being regulated,” adds Krogstad. “Which brings with it a certain base line of quality or at least lack of toxicity – as would happen in that shed in the Holler. And selling a legit product means creating a brand, which moves the quality even higher than mere legal quality minimums would as that brand needs to compete with other brands, largely on the basis of quality.”

The days of rum-running and bathtub gin are long gone. Distillers who make moonshine in the 21st century not only make a product that is much more pleasant and tasty, but they are operating legally within state and federal laws. “Who would have thought eighty years ago that we’d be selling legal moonshine in Oregon liquor stores?” says Merle Lindsey, OLCC Deputy Director. “We take the time to help small businesses like House Spirits and CPR Spirits through
the liquor licensing process and help them navigate Oregon’s liquor laws so they can be successful.”
In addition to moonshine, OLCC carries over 400 products by local Oregon distillers ranging from vodka and gin to
brandy and whiskey. McCool adds, “We have found that our White Dog products fit well into our extensive cocktail
programs at our locations as well as serve as a conversation starter about our Whiskey program at both our CPR and
Edgefield Distilleries.”
Finding products available in Oregon is easy. Type in the name or type of product you want at
www.OregonLiquorSearch.com for a list of the products and which stores currently have it in stock. As long as it’s
available to be shipped into the state, the liquor store owner at any of the 248 liquor stores in Oregon can order a bottle or two to be picked up at the store, at no extra cost to you, the customer.

For information on how to start your own craft distillery, visit OLCC’s webpage. Oregon distilled spirits sales make up12% of the total spirits sales in the state.